The Serbian star, who endured a disappointing 2016 season, has decided to hang up her rackets with immediate effect, she said on Wednesday.

Ana Ivanovic has announced her retirement from the WTA Tour with immediate effect.

The announcement came after Ivanovic, 29, dropped to number 63 in the world in 2016 after reaching a career high of world number one in 2008, when she also won her only Grand Slam title at the French Open.

Ivanovic had a low-key 2016 season, suffering first-round losses at Wimbledon and the US Open, while she failed to reach a WTA final in the course of the year and dropped out of the top 50 for the first time since 2010.

She decided not to play again in 2016 after her exit at Flushing Meadows where she said she had been struggling with a wrist injury.

She also contested the semifinals at Roland Garros as recently as 2015, but saw a sharp drop-off in her performances last season. Announcing her retirement on Wednesday, Ivanovic said she could no longer compete at the level she demands of herself. 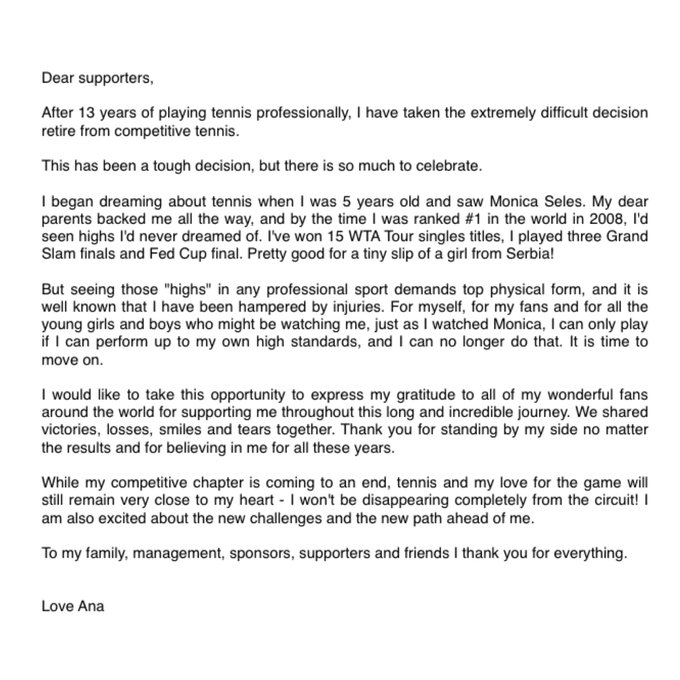