You are here
Home > Europe > TOSHACK, DEL BOSQUE AND CLEMENTE PRAISE CRUYFF AND HIS DREAM TEAM OF 92 Among the commemorations of 25th anniversary of the European Cup at Wembley, the three technicians praised the figure of the Dutch coach and its importance within the history of the club

After organizing a forum of journalists on Wednesday at the Forum Samitier in the commemoration of the 25th anniversary of the European Cup held at Wembley , this Thursday came the turn of the coaches. A hundred people went to Auditori 1899 to know the impressions of Vicente del Bosque , Javier Clemente and John Benjamin Toshack , who were chosen by Barça to talk about the impact that Johan Cruyff had on the bench and how his idea has consolidated Over the years to the present, in a talk moderated by the journalist Lluís Canut .

The most vehement was Clemente , who, as usual, did not hesitate to express his opinion and highlighted the difficulty of having beaten Sampdoria, the historic May 20, 1992, due to the different format of the competition. 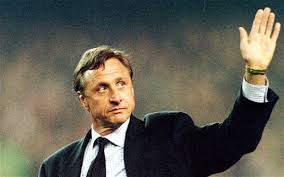 ” It was harder to win that European Cup than to win it now , since before it was only the champions played,” said Clemente, who wanted to talk about the virtues of Johan Cruyff as coach, beyond the results.

” Johan’s legacy is not the games, not the 3-4-3, or that accumulate people in the middle, for me it’s his personality, his authority, how he led the group . He had them all very involved in the team and always did what Johan said, It is not fair that coaches are looked at only for the titles, “said the Basque coach who wanted to make clear that for him is not comparable football Realized the ‘ Dream Team ‘ with which practicedthe Barça under the orders of Pep Guardiola .

“For me Johan’s football has nothing to do with Pep’s. Speed ​​was the basis of Johan’s soccer, Pep was more in control. The two styles of play are not the same . Pep was a student of Johan and he surely learned many things but they can not be compared, “said Clemente, who received multiple ovations throughout the act for his relaxed attitude and funny anecdotes.

For his part, Vicente del Bosque also wanted to join in the praise for the figure of Johan Cruyff and deepened in the style, possession and showy, that has been practicing the club azulgrana during these years since the arrival of the Dutchman to the bench.

“Barcelona’s game concept has been maintained over time, has always sought breadth and depth, with defense with many spaces, that pressure when you lose the ball and are already set to recover. Cruyff is a benchmark in Barcelona. It marked a before and after in history . Johan had a very clear view of what he wanted to play, “Del Bosque said.

John Benjamin Toshack recalled Cruyff’s tactical ability and the offensive and un-complex bet he always had on the pitch.

” What caught my attention in those days was that the players I put changed from a defensive system to an offensive one . On the sides, it had extremes. I in Madrid had Chendo and Gordillo, but Johan put Txiki and Goikoetxea. For me football has been fantastic, “said Toshack, who recalled the matches in which Johan won the game when he ran for Real Madrid.

The event was attended by President Josep Maria Bartomeu , Vice-President Jordi Cardoner , Executive Director Òscar Grau , José Mari Bakero , commissioner of the Wembley 92 ‘tribute, then technicians of the’ Dream Team ‘ Charly Rexach and Tony Bruins , as well as The former president Josep Lluís Núñez , whom Clemente recalled his help in the signing of Basque footballers who arrived during the first season of Cruyff in the bench Barca, but did not confirm that he was the author of such additions.