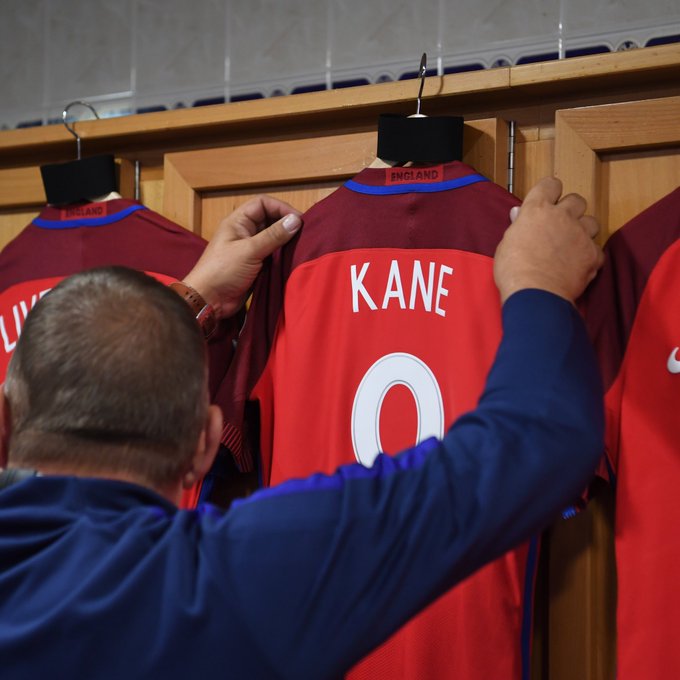 Harry Kane will be given the chance to stake his claim for the England captaincy as Gareth Southgate gives the striker the armband for the first time.

Hampden Park will witness the latest chapter in the Tottenham striker’s fairytale rise after the Three Lions boss confirmed the 23-year-old as captain for Saturday’s crunch World Cup qualifier against Scotland.

Gareth Southgate’s Three Lions are looking to tighten their grip on Group F with victory against the Auld Enemy. For the Scots, they need a boost in their pursuit of the play-off spot as they eye revenge for the 3-0 reverse at Wembley last November.

Gareth Southgate clearly does not regard the result as a foregone conclusion, however weak the hosts might appear.

The decision to take his troops to a Royal Marine base last weekend and the recruitment of the self-anointed ‘No 1 striker coach in the world’ — Allan Russell has now toned down his Twitter page to avoid further ridicule — provide an indication of where the England manager is searching for improvement.

He was looking for leaders on the field during a challenging couple of days with our amphibious fighting machines, and in Harry Kane, who will spearhead an exciting 3-4-3 formation on Saturday night, it seems he saw enough to make him his skipper.

Sure, Southgate stuck to his mantra about the need for captains all over the pitch and he stressed that Adam Lallana, the player who joined him at his pre-match press conference, was another such example. But inside the Hampden cauldron strong leadership will be important and the selection of Kane would suggest he might be a regular recipient of the armband.

These two played against each other in the Champions League in September when Celtic drew 3-3 with Manchester City. Tierney is strong in one-on-one situations and he’s shown that at the top level. Sterling will run at him and this will be a tough test for the Scotland full back.

There has been a debate about whether Brown would be able to play in the Premier League. What a load of nonsense. The Celtic captain would stroll into most English teams. No-one is saying he’s Paul Scholes but it is wrong to say he couldn’t handle the Premier League. The 31-year-old midfielder has to be switched on and patrol the areas that Alli tries to get into.

Kane’s prowess this season with his goals and link-up play has been excellent and he will be England’s danger man. He will look to find space behind Scotland and Martin will have to try to stop him. The Norwich captain is not a big rugged centre half but he is intelligent and this will be key.