Former Ghana midfielder Laryea Kingston has challenged the commitment of Andre Ayew after he pulled out of the Ghana team that won at Congo. 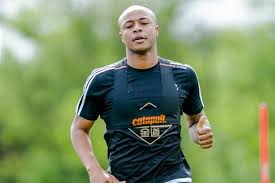 Dede Ayew is one of the deputy skipper of the team but his recent performance has been questionable with football fans calling for him to be sacked as he is a distraction.

His junior brother Jordan Ayew has also been faced with similar circumstances.

It was no surprising that the former Hearts of Oak midfielder, Laryea Kingson claims Dede’s attitude has left much to be desired in recent times and would want to see an impressive response from him in subsequent games.

“In some games Andre Ayew is not 100% fit but he will hide it for him to be feature in the game, i have done it before,” he said on GH One.

“Asamoah Gyan wasn’t fit, he wasn’t feeling well to play in the return leg but he managed to go with the team, so i expect the deputy captain to be with the team. For him to stay out and let the team go for me it wasn’t the best.”

Kingston did not hide his belief that after the first leg ended 1-1 in Kumasi Andre and Jordan lost confidence in the team ahead of the reverse fixture.

“Andre and Jordan felt that there was no hope so why should i go. But they have to be committed to every game, even though the game is not important. Andre is the deputy captain and he has to be with the team though they can’t play so for me i think they abandoned the team.”

Andre Ayew is due to start for his Westham side on Monday night whereas Jordan is also expected to lead the lines for Swansea against Newcastle on Sunday afternoon.