Real Madrid’s first deputy captain, Marcelo Vieira da Silva Júnior has renewed his contract with the club for another two years bringing to an end in the year 2022. 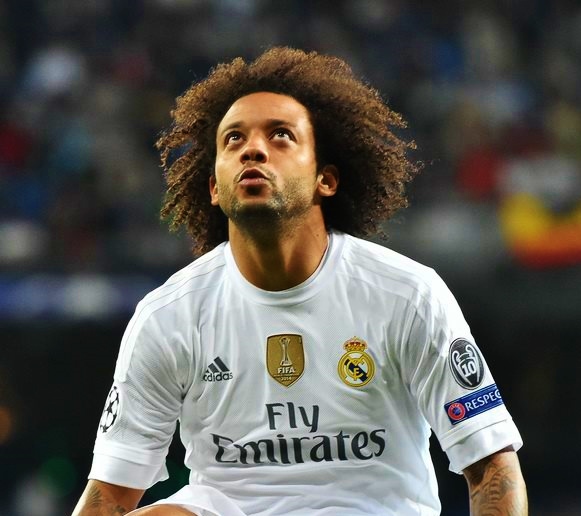 Currently 30 years of age, the left back will appear before the Spanish media in the press room of the Santiago Bernabéu tomorrow to officially confirm his contract extension after it was announced by the club officials through their club website.

In this way, Madrid rewards the great performance of the Brazilian left back. The extension of the duration of the agreement will also lead to an increase in salary.

If he is able to finish his current contract, Marcelo will become an established legend with sixteen years of service to the Whites.

The Brazilian is already the second foreigner with more games in the club (414), only Roberto Carlos, with 527 is ahead of him with more appearances with the white jersey. He has scored 28 goals for Madrid.

Born on 12th May 1988, Marcelo signed for Madrid on 9th November, 2006, at the age of eighteen, for six million euros from Fluminense in Brazil. Though he had made strives in the Brazilian league, he was yet to make his name on the international scene.

It was Madrid legend Pedrac Mijatovic who ‘scouted’ him and Ramon Calderon tied him down for seven years (in 2015 he renewed until 2020). But the then President of Madrid hesitated between making him playing in Castilla (Youth team) or the first team which had Roberto Carlos his idol around at the left full back position.

Marcelo then made his official debut with the first team against Deportivo La Coruna in the Municaipal de Riazor. Carlos left the club in 2007 and then Marcelo took over fully.

In his beginnings he was criticized for his oversights because of his tremendous offensive vocation (with Juande even playing indoors), but he grew and matured to become one of the best left-backs in the world and the second captain of Real Madrid.

After his breakthrough season, Marcelo was praised by football legends such as Paolo Maldini and Diego Maradona.

The Brazilian left back will be 34 years in 2022, but Madrid has already done the homework for the relay and has signed Theo Hernandez, 19 years.