You are here
Home > Africa > ENGLISH FA BLOCK £80,000 DUE TO BE PAID TO NIGERIA’S ENIOLA ALUKO OVER RACISM ABUSE

The English Football Association have blocked an amount of £80,000 due to be paid to Nigerian born Eniola Aluko for her reported racial abuse by her former coach mark Simpson of the English national Women’s Team.

English Newspaper Dailystar have reported the twist in the racism saga that has hit England for some moths now. 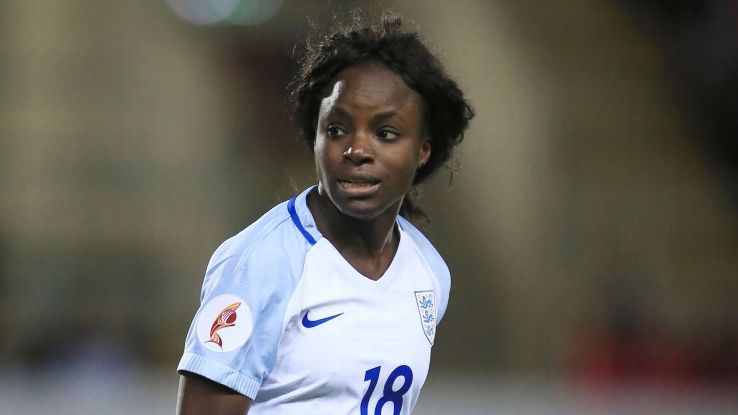 According to the report, Eniola Aluko failed to keep her part of an an initial confidentiality agreement with the English FA in order not to reveal the details of the issue to the general public and media relative to her allegation of racism, bullying and harassment against the former manager of the Women’s team, Mark Sampson.

She was due to pocket £80,000 based on agreement signed earlier this year with the FA, but the English football governing body will now keep payment on hold after she went public criticizing the way and manner the issue was handled by the FA.

The FA promised to pay Aluko handsomely only if the 102 cap player can keep a sealed lips in its desperate bid to avoid distraction in the wake of England’s European Championship in the summer.

Aluko later sought FA’s permission to narrate her experience to the public after the secret was let out of the bag, but the long list of interview she granted to the press angered the FA and prompted it to keep the payment on hold.

Mark Sampson, pictured above was the manager of the England women’s football team, allegedly told Eniola Aluko to make sure their Nigerian relatives did not bring Ebola to a game at Wembley.