Egypt’s Ahmed Fati and Burkina Faso’s Aristide Bance have been named in the list of player to compete for the African Player of the year (based in Africa).

Bance has proved to be a potent striker for Burkina Faso and Al Masry of Egypt but the dominance of Ahly and WAC in the CAF Champions league will limit his chance of claiming the award. 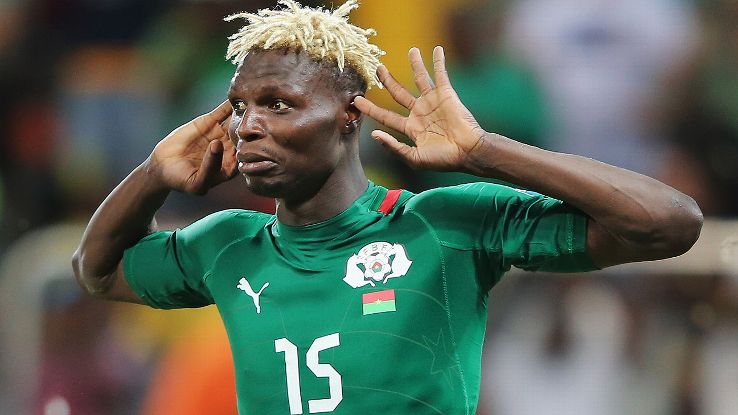 Ahmed Fati has enjoyed a good season with his Ahly club, as they continue to fight for the CAF Champions League title at the expense of Morocco’s Wydad Casablanca. Ahly won the Egyptian league and FA Cup without loosing a single game. A good results against WAC would be very viable for Fati to clinch a treble to ensure he has a good record to win the award. He was also instrumental for the Pharaohs of Egypt in the African Cup of Nations and their qualification for the 2018 FIFA World Cup.

The list also includes Achraf Bencharki of Morocco and Wydad Athletic Club who has also been very consistent and maintained a high level performance for the Moroccan club and National team.

Denis Onyango, captain and number one goal keeper for Uganda and South African club Mamelodi Sundowns would also make a very good case for himself as he has proved to be one of the best players on the African continent as he ensured his nation goes to the African Cup 2017 though eliminate at the group stages.

African Player of the Year – Based in Africa

HAVE YOUR SAY: WAS LEICESTER CITY RIGHT IN SACKING RANIERI?

MESSI TO NEYMAR : IT WAS AN ENORMOUS PLEASURE TO HAVE SHARED THESE YEARS WITH YOU