New Real Madrid Coach, Julian Lopetegui has been unveiled officially in Madrid after been sacked from the camp of the Spanish National Team.

Lopetegui was in Russia preparing the La Roja Furia for the FIFA World Cup ahead of their opening game against Portugal on Friday night when he was given the matching orders by the Federation President Rubiales. 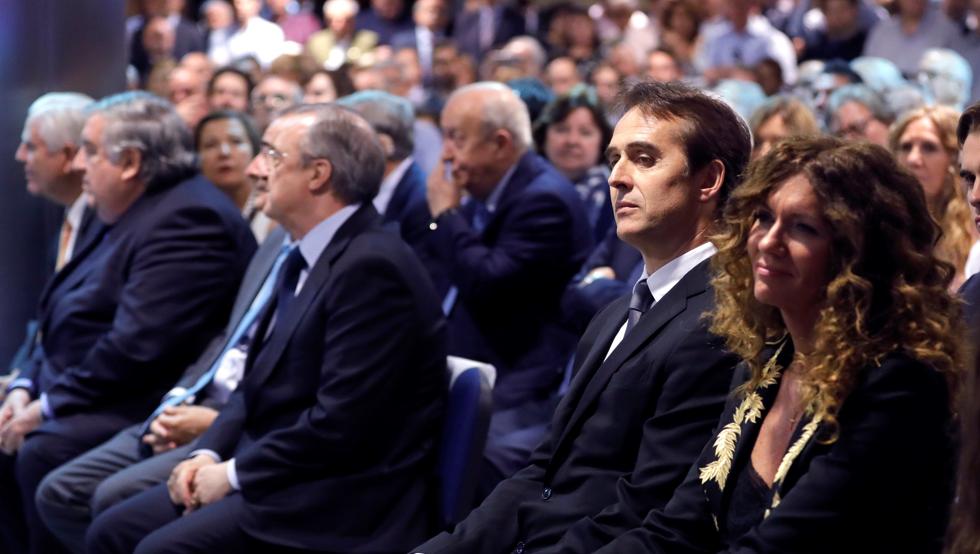 He was presented to the Spanish media on Thursday evening at a calm ceremony which was attended by the board members of the UFA Champions League Title holders.

At the presentation, Lopetegui expressed dis appointment over his sack and said ” I was sad yesterday but today I am happy, I would have liked Rubiales to have done things differently. I have not been humiliated, we have been professional, honest and clear, when the players knew the news, we made the best training of all.”

“There are many precedents and in fact there used to be a celebration climate but what happened next I do not know, what I’m sure of is that I’m very loyal because I learned it here at Real Madrid .” Julain explained.

He continued by saying that”The first one who knew it was him, I wanted to give a press conference with him but he could not and what happened next I do not know.” The objective was not to hide it, the players accepted it wonderfully and I’m sure we’ll be world champions.”

“I have not been humiliated, we have been professional, honest and clear, when the players knew the news, we made the best training of all.” He stated

He expressed gratitude to his new employers,”Thanks to Real Madrid for the confidence, I know where I’m coming from, everything is not good here, I feel qualified to carry out this challenge.”

When asked a question about Cristiano Ronaldo, the Real Madrid gaffer said “The best in the world is at Real Madrid , I have no doubts”.

About the figure of Real Madrid around everything that happened Julen did not want to enter into another team had the same happened but has hinted that it would not have happened in the same way.

The President of the club, Mr. Florentino Perez said “This is an act that we wanted to carry out after the World Cup but a series of circumstances have prevented it.”I informed the president of the Federation of the negotiation with Julen and we agreed to hold a joint press conference between the president of the federation and Lopetegui , but finally an exercise of pride changed the plans.”

He went further to explain that “Real Madrid had reached an agreement with Julen respecting the clauses, we thought it had to be done before the world championship began and we did not think it could be an act of loyalty, we made it public to avoid rumors and leaks that could harm the selection. ”

As of today you assume the responsibility of a team that has been and is a legend, today you return to your home, after having led the team to the World Cup in an undefeated way, I know that you dreamed of the world championship and it was fully compatible with training Real Madrid. ”

“There have been other similar cases such as Scolari, Conte, or Luis Aragonés but nothing has changed, none of these teams was Real Madrid, I still can not find an argument why you are not sitting tomorrow in the dock. Spanish selection.”

Florentino continued thus “The time has come for all the Madridistas to face up to all that current that goes against Real Madrid even in its most glorious moment of recent years.”