You are here
Home > Barcelona > Jeison Murillo signs for Barcelona

Columbian defender  Jeison Murillo has completed his move to La Liga Chmapions, FC Barcelona. The former Valencia defender was presented to the media on Thursday afternoon and has reaffirmed the Catalan family of readiness to deliver. 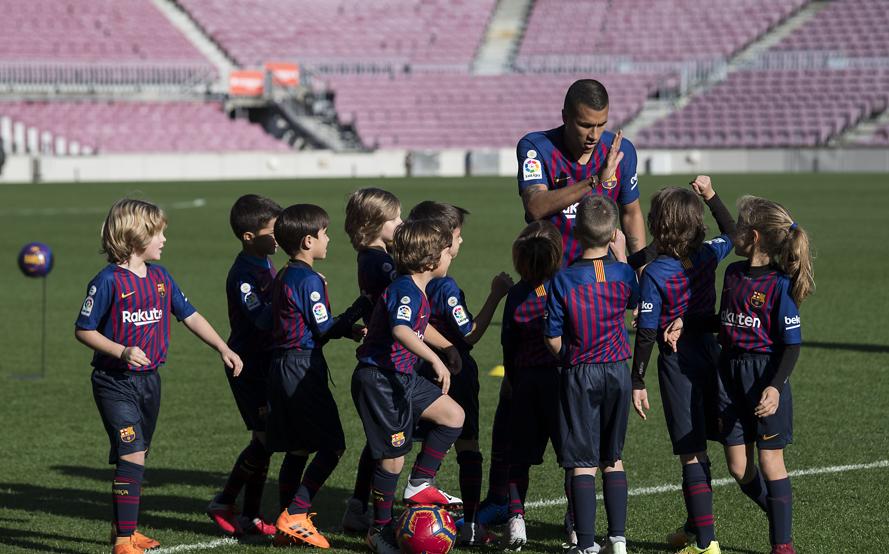 Jeison will play for Barcelona until the end of the season, but the Catalan club has saved a purchase option of 25 million euros, as confirmed by the vice president Jordi Mestre .

During his presentation Jeison expressed his happiness to feature for the Catalan club.”The sensations are evident in my smile. The happiness I feel to wear this shirt, “said Jeison, who defined himself as a player:”

“We know what Barcelona means. It’s a dream to be here and I hope that the time I’m here is long to show that I’m up for great things, he continued.

The tall defender further explained thus, “the characteristics of my game have been to please the ball “, at the same time he admitted being a character and competitive player. “I hope to contribute what I know and the experience I have in the League and help the team to achieve the objectives.”

On Coach and Teammates

Murillo revealed that he has already held talks with his new coach, Ernesto Valverde . “I was able to talk to the coach. The confidence you have with me is seen in the mere fact of being here. Now I have to show him and the team. ” About his new colleagues, one in particular: Leo Messi . “It’s a great advantage to have the best in the world.” Collectively, he added: “When you come to a club of this magnitude you know the players there are. It is a great team and a great group. What little I have shared has shown me that I can be part of this family and show why I am here. ”

On his Columbian connection, Jeison disclosed having had advice from former Barcelona defender, Yerry Mina . “I am very close to Yerry and he recommended several things to me,” although he did not want to compare himself with the ex-culé, now at Everton. “I’m not in a position to compare myself to Yerry Mina. It’s only in me to show that I can be part of the club, “he concluded.

KONTA TO MISS CHARLESTON DUE TO INJURY AND ILLNESS